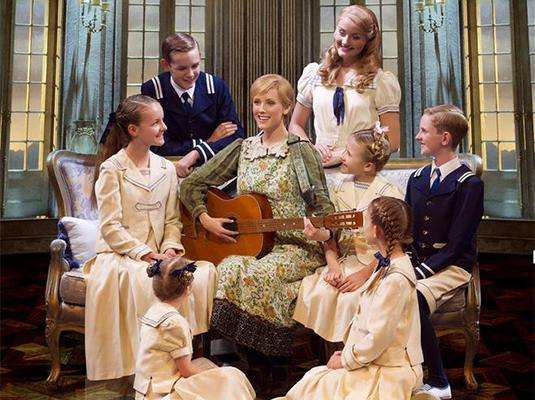 As the sublimation carrier of picture and emotion, music subtly and delicately expresses the characters' image characteristics in the film through music, and properly integrates them with the subjective reflection of the audience. While appreciating the film music, we should combine the effect of the picture and dig out the potential emotion of music through the combination of audiovisual. Through the simple analysis of the aesthetic characteristics of film music and the appreciation principle, I will analyze and explain the importance of film music to film. From the perspective of the value of music, an excellent film music can better combine the picture with music, convey the potential implication and emotion of the film content to the audience to the maximum extent, sublimate the emotional subject, and finally achieve a perfect audio-visual effect.

As one of the great inventions of the 20th century, film enriches people's life and develops the artistic direction. Music is an exclusive creation of film, music. Music is in line with the central idea of film, and is an indispensable emotional carrier of music in film art.

The background of film music arises at the historic moment is the combination of music and film, which is a feast of audio-visual combination, and also a comprehensive carrier of concrete images and abstract emotions. An excellent film works are all formed by the combination of excellent directors' innovation and near-perfect music, and the inner communication charm of the two is particularly strong.

With the development of production technology and the transformation of people's aesthetic perspective, while enriching people's lives, films have brought into play the effect of their artistic charm, so film music has become particularly important, and the artistic value of higher quality film music soundtrack in films is far higher than its economic benefit.

Film music has the unique artistic charm and presentation, multi-sensory rich sublimate all the aspects of the scene to imagine and potential deep connotation and implication of emotion, the expression of emotion subject for movies provides a strong support, hearing enhances the audience's auditory memory as well as the theme, is also an important factor of hit film. "Music conductor kong zedong once said," music is a very important part of modern music, and some films are even more artistic in a sense than films themselves.

Film is a flowing comprehensive art. In a complete film presentation, there are many fragments of art. From silent films and sound films to contemporary 3D and 4D films, it has experienced numerous artistic means development and the overall innovation efforts of various artists, among which the development of technology and art forms has made great progress. Music also has artistic commonness in various fields in terms of rhythm and emotional grasp, which has similar characteristics with the film's prominent images and montage technique.

With the development of production technology and the continuous progress of modern film art aesthetics, picture, music and sound effects are often reflected together as the three elements of the film. "Sound and picture synchronization" is a common form of music and picture blending in the film. It also means that music is consistent with the emotional expression of the picture, with the same rhythm and speed. It is the most common music painting technique in film art. This technique is widely used. Music can properly describe the plot of the film and produce better auditory effects, so that the audience can better understand the picture sense of the film and the emotional experience brought by the visual impact.

An excellent film music should not only have strong image sense of impact, but also work on the plot of the film to express deep emotional thoughts, and at the same time increase the expressive force and expansion tension of the film plot, magnify the characters' characteristics and personalities, and also be the unit embodiment of emotional carriers.

When music appears in the plot outside the picture, "auditory accumulation" serves as an important audio-visual direction, enabling the audience to associate and imagine along the direction designated by non-music factors under the guidance of the picture and hearing. "Auditory accumulation" refers to having quite rich aesthetic experience, aesthetic psychology, music accumulation, personal taste, etc. The audience's imagination often depends on the emotional release of personality and internal cultural accomplishment.

French film and television critic Sartre once said, "the greatness of film lies in its integration with many other arts." There is no denying that the film is a collection of various art forms, such as aesthetics, psychology, acoustics, design, etc., which is a concentrated representation of the whole art form. However, for a good film, the subtlety of its conception, ethics and artistry are important yardsticks to measure the whole work.

The basic elements of music include melody, rhythm, harmony and acoustics, which have an important influence on the overall structure of the film picture. On the contrary, the music image created by music will be restricted by the general conception of film art and visual impact. The inspiration of music creation comes from the revelation of composer's subjective inner world. Traditional music creation is mostly a song writer's life experience or a great work for The Times. Through preliminary exploration, it is found that music in the film works is mostly generated by the visual effect of serving the screen, and there are few inner emotional world outpouring of the composer, most of which is the difference in creative style.

For example, Japanese composer yasuhiro hisaishi's score for miyazaki hayao's animation and kitano takeshi's film works have very different styles, one is lively and lively, the other is composed with innovative meaning. Therefore, the creation and conception of the film must be based on the expression of the ideological center and artistic structure of the film, combine the auditory effect of music with the film music, and integrate it into one. It must be combined with the joy, anger, sorrow and joy of the film protagonist, and integrate the emotional expression of the characters in the film, so as to serve the emotional reproduction. Compared with pure music, the film music is easier to be understood by the audience, because it is accompanied by a sense of creation, and its visual memory enables the audience to better remember the sound effects of the film music. So as to sublimate the emotional meaning of music and better spread and understand it.

The value function of music in the film is reflected in multiple angles. First artistic conception, stick to the plot of the movie content and progress on the film themes and express emotion: second the reinforced frame expression or by rendering, metaphor, the performance approach with the combining the overall content of the film, increase the content of expressive force, for the further development of the plot the stage; The film music can also foil the scene atmosphere and depict the characters' personalities, arousing the audience's resonance.

"Sea pianist" this film work is by Italy famous director giuseppe tonatore always executive director, script writing based on the novel "the twentieth century" adapted. The film, composed by Italian composer ennio morricone, won the best music award at the 57th golden globe awards in 1999. The sound effect of jazz piano is used as the sound presentation of the whole work.

It not only fosteres gorgeous colors for the film in sound, but also fully reflects the uniqueness of the appearance, unique perspective and the richness of the picture in the shooting technique, which brings great emotional impact to the audience. The application of jazz piano in the whole work is also very successful and typical.

For jazz pianos, one can enjoy the pleasure of performing, in addition to the fully mobile melodies that have the charm of blue. Passionate performance is another feature that attracts people's attention. Special skills are essential for an improvisational jazz pianist. Since there was no prior and complete notation, it required improvisation. Therefore, its advantages and disadvantages are entirely dependent on artistic pianists. Of course, in order to prove his superb skills, it is an important test for the director. The combination of jazz music and film requires many special photography techniques, innovative perspectives, playing skills and personal styles. Special shooting Angle, choose another way to express the influence of exaggerated performance.

Compared to classical pianos, jazz pianos have their own chords and counterpoint functions. The rest of the melody is jazz piano music for nine chords, rhythmic strong direction and rhythmic rhythm and rhythmic rhythm, harmonious chord use, and combined with jazz piano in classical notation, thus enriching such swing rhythm and entertainment. Many films to prove jazz, the sea pianist's various characteristics of music, make them one of the most glamorous film works. Specifically, the music style of jazz piano is the change of personality, mood and character.

The proper combination of feeling into the heart and picture sense, combined with the background of the film and other creative techniques. In the movie "the pianist of the sea", composer enio morricone has high attainments. He has his own unique views on the understanding of various music styles, and his understanding of emotions is expressed by subjective emotions.

Jazz piano creates a unique atmosphere and strong emotional color for the film, which highlights the superb piano skills of the protagonist, strengthens the jazz style of music, highlights the charm of improvisation, and plays an extremely important role in highlighting the character and personality.

Through the preliminary exploration of the artistic characteristics of film music, we generally know that the aesthetic characteristics of film music can be analyzed from the three aspects of picture description, emotional integration and artistic conception. And the background elements of the work and all kinds of system elements music form into the work for in-depth understanding, to experience the unique charm and beauty of the film music. The principle of appreciating music is to combine personal subjective feelings with music's potential emotions, so as to deepen the artistic picture. Film music is just a carrier of subjective thoughts and an important art form to add color to film works.

In the future music appreciation of the film, we should deeply compare the film works with music, so as to deepen the exclusive effect of music, so as to achieve its value function and aesthetic artistry at the same time. 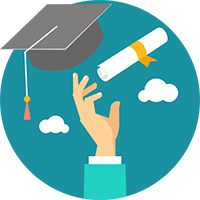